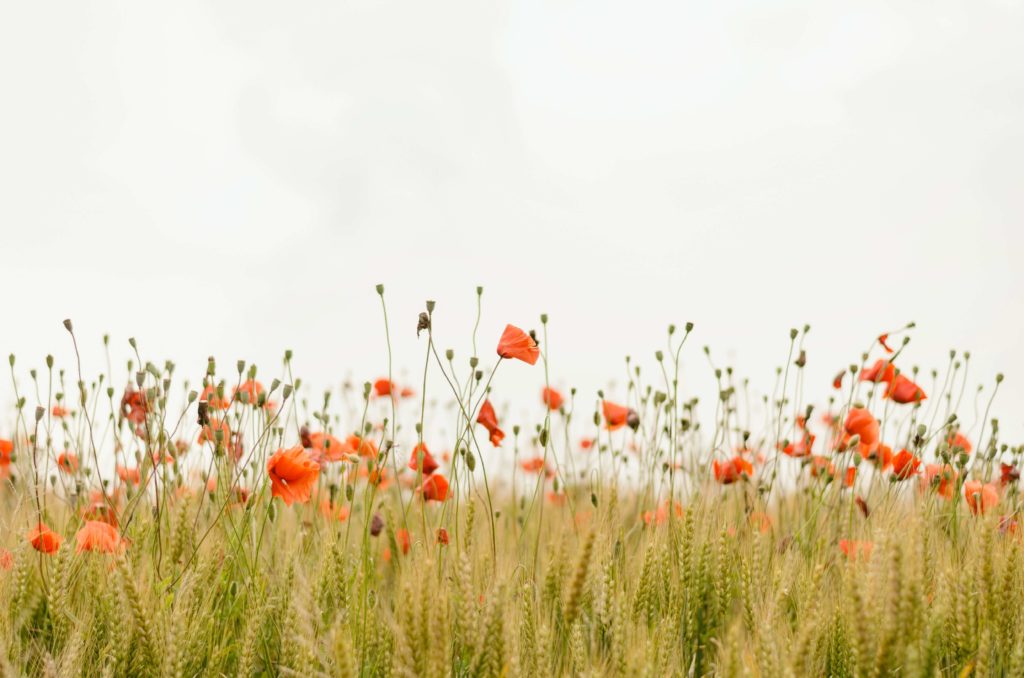 Trigger Warning: This birth story discusses trauma following a failed vacuum delivery and contains an image that may be distressing to some readers. Topics covered include induction, vacuum and forceps, third-degree tearing, prolapse and infant facial injuries. If you are triggered by these topics you may wish to skip this blog or read it once you have support available. If you are seeking support for your birth trauma, you may wish to contact our Peer Support Service..

With my first pregnancy and birth, and the whole experience was amazing, from start to finish. Then my daughter turned one, and I found out I was pregnant with number two – despite having never had my period return and still breastfeeding. SURPRISE!

The whole second pregnancy wasn’t very enjoyable. I was extremely sick with hyperemesis gravidarum for the first 12 weeks, and needed two trips to hospital while looking after my daughter because my husband worked away. During the first stay in hospital I received four bags of IV fluids and medication because I couldn’t keep anything down. I lost 10kg.

My son then turned breech for a few weeks. At the final check up the doctor said he’d had a massive growth spurt and had a big head, so we decided to induce early (although my due date was just a guess from measurements because I hadn’t had a period).

On the day of the induction, I fed my then 20-month-old daughter to sleep, said goodbye, and left for hospital around 7pm. We were put in a birthing suite and I was induced around 10pm with the tape.

The next morning the doctor broke my waters, gave me an epidural and put a drug through the drip to dilate me. (I had this with my daughter so, again, I thought all was good, although, with her, I had started spontaneous pre-labor.)

My blood pressure kept dropping, so we had a nurse in with us for the whole day monitoring it. After a few hours they checked and I was only five centimetres dilated. The doctor had come in twice and had to manually turn my son because he kept turning posterior. My whole body was numb from the epidural. I couldn’t move my legs or body, which was freaking me out because, with my daughter, I could still move everything – I just didn’t have the birthing pain.

It was a weird, unsettling feeling. After five hours and still not fully dilated, they turned up the drug. The doctor said he had to be in surgery and wouldn’t be available for an hour. When I was nearing 10 centimetres dilatation, I could feel the urge to push. The nurses checked and said, “call the doctor” – they looked concerned.

My son kept getting into position then going back up. The doctor arrived just as he started to come down and that’s when it all went pear shaped. My blood pressure kept dropping, I was white as a ghost, shaking, vomiting. I tried to push a few times then the doctor kept saying “okay, I think I’ll help him out, let’s have a baby”.

He put the vacuum on his head while I pushed. There were two attempts at this, but the suction kept pulling off. I was vomiting and didn’t know what was going on. My husband was  pacing. My son’s heart rate kept dropping with my low blood pressure, and he wasn’t coming down easily and was losing oxygen. The doctor and nurses said they didn’t really know what they were looking at.

It turned out he was presenting face first – 5 per cent of babies are born like this, so it’s uncommon. Usually, babies should have their chin tucked to their chest and come out face down. But instead, my son threw his head back towards the light, and had turned his whole body to face upwards.

The doctor ended up having to use forceps after the two failed vacuum attempts. I received a 3rd degree tear and episiotomy.

When my son came out, he was 8.8 pounds, 38.5 centimetres long, posterior, face first, and limp. He was put on my chest while they cut the cord. I was so sick, shaking, unaware of the severity of what had just happened. My husband said it was like a murder scene. The doctor was pulling so hard he had one leg up on the table using all his force. My husband is surprised my son’s head stayed on his shoulders, and was excepting him to come out and fly across the room!

Once the cord was cut, my son was taken straight to the table as other paediatricians ran in to resuscitate him because he hadn’t got enough oxygen.

I remember I didn’t hear him cry, and the the nurses kept saying, he’s got a few injuries, and a bit bruised, so don’t be too shocked when you see him (they looked horrified themselves). He was taken straight to special care before I saw him. It took them one minute to resuscitate him. I didn’t see him for an hour or so because I was being stitched and had so much pain in my belly that I couldn’t be touched, and they were concerned because of all the blood.

When my son came back for a breastfeed, he was so swollen, with a cut on his head and a lot of skin off one side. His face was black and purple.

I was left in birthing suite for two days because I needed 1-1 attention and my son was in special care for that time, too, only being brought down for feeds. During our seven nights in hospital, my son spent only two nights with us, sleeping on top of a pillow next to me. The rest of the time he was under lights being treated for jaundice.

Fortunately, his injuries healed pretty quickly. The area where the skin was pulled from his head took a few weeks to heal, and have left a small scar for now.

The nurses were in shock and needed to debrief. It was the talk of the ward – the baby who was born face first with extensive facial bruising. (I looked about the same down there!) The nurses said the doctor was stumped during the delivery – he he had exhausted all his tricks and nothing had worked, which was unusual. Nurses said they had never see the doctor rattled, but this had him worried.

As for me, I couldn’t really get out of bed and stand, and had to have a catheter in for three days.

At the time, I didn’t think much of it. I guess I still had all the adrenaline running through me. But, as the swelling went down, I started to notice it didn’t feel right, and at six months postpartum, it started to really affect me.

I was diagnosed with stage two prolapse, partial levator avulsion (muscle ripped off the bone) and incontinence. I had never heard of any of this before. I wasn’t even told to be careful following the birth, but it became really obvious and I didn’t feel “normal”.

I’ve since learnt a lot about how common it is – but never spoken about!
I wish I knew pre-baby all the things I have learnt the hard way post-baby! It’s definitely affected me.

People say, ”at least your son is alive and healthy”… well, yes. But I’m not the same physically, or mentally! It impacts my everyday life and how I feel.

It’s amazing how much information is out there if you know what you’re looking for. I wish I’d known then, what I know now. 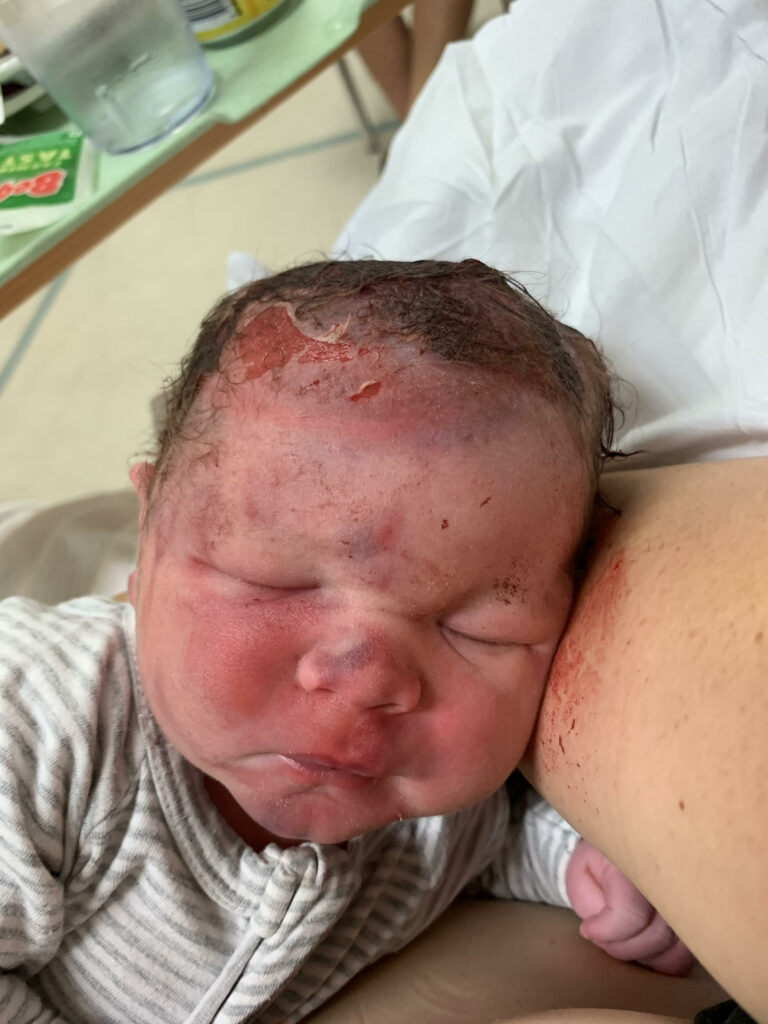 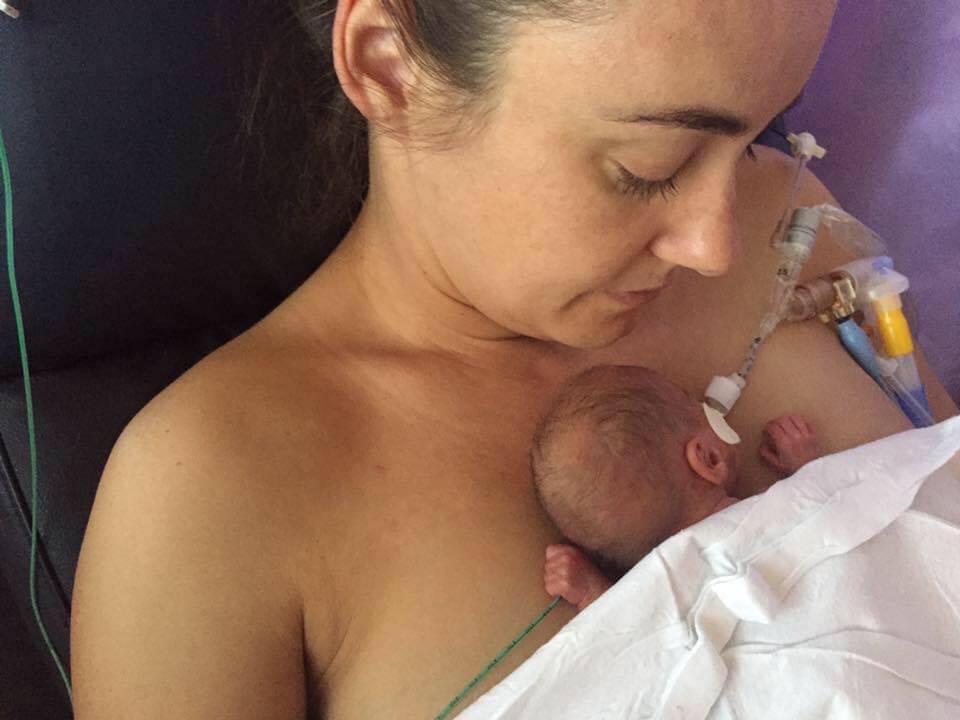 Brodie shares her brave story of her experience with HELLP Syndrome, her emergency caesarean and her long journey in NICU with her premature baby. 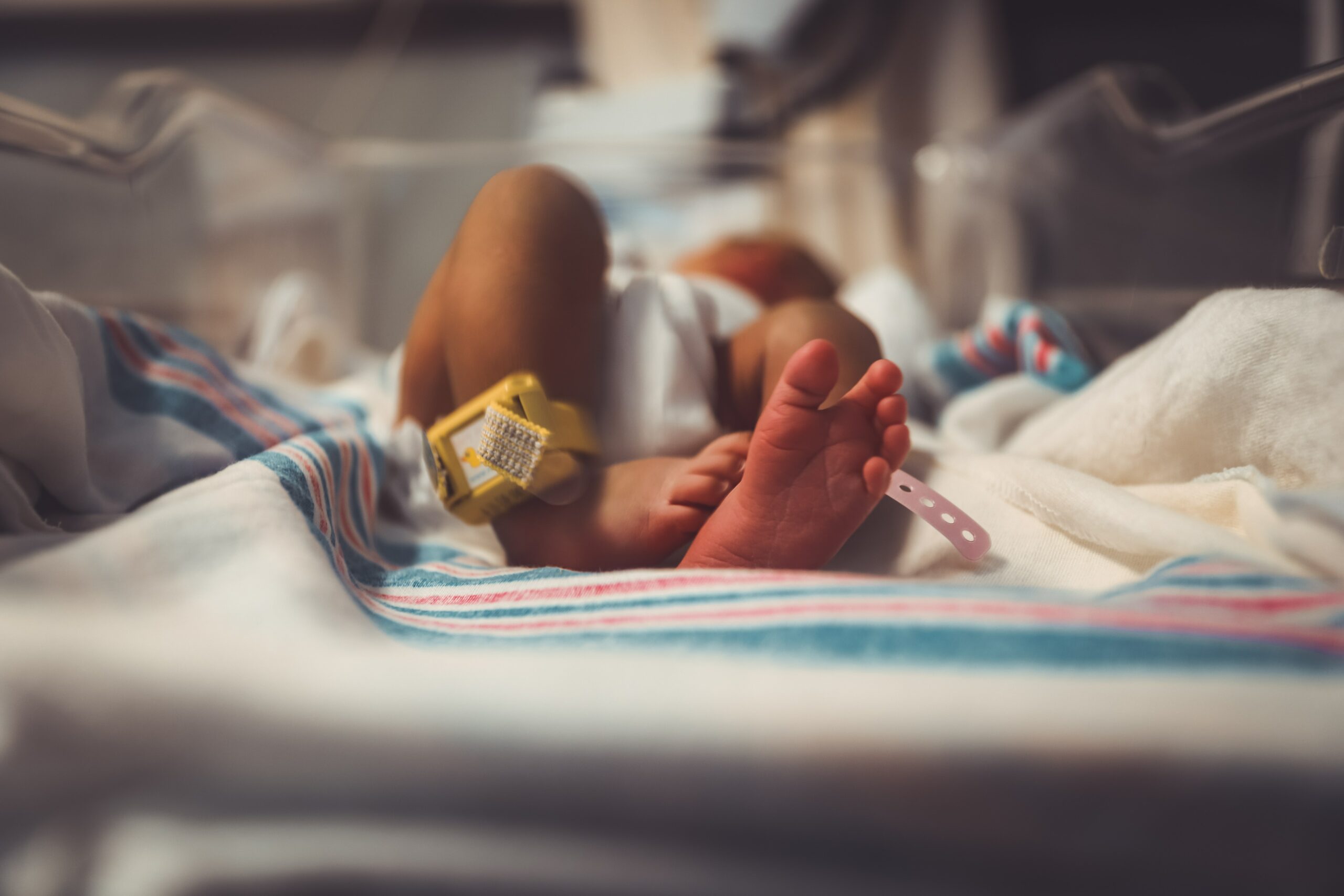 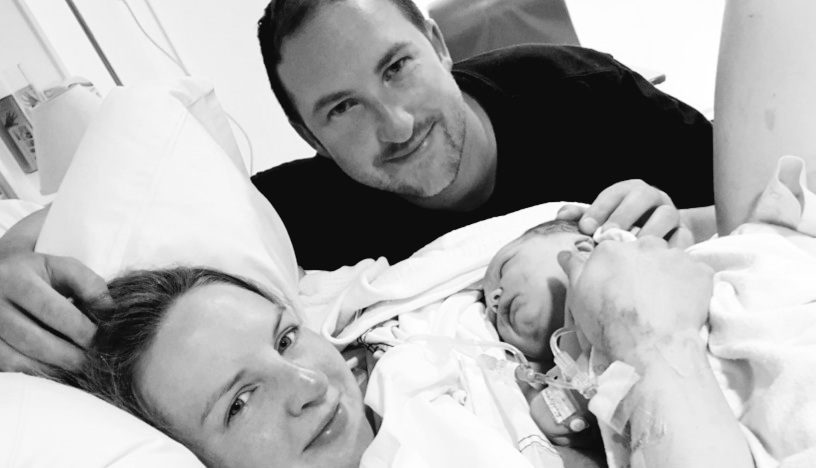